In a world where robots have replaced all human jobs, step into the "Job Simulator" to learn what it was like to JOB! Key Features: - Throw a stapler at your boss! - Learn to 'job' in four not-so historically accurate representations of work life before society was automated by robots! - Use your hands to stack, manipulate, throw, and smash physics objects in an inexplicably satisfying way! - Aggressively chug coffee and eat questionable food from the trash! - Use the confluence of decades of VR research to accurately track your every movement to sub-millimeter precision so that you eat VR donuts, of course! - Able to juggle tomatoes in real life? Do it in VR! Unable to juggle? There's no cleanup required in VR! - Gain valuable life experience by firing new employees, serving slushy treats, brewing English tea, and ripping apart car engines! - Have a comfortable VR experience where vomiting is solely a gameplay mechanic, not a side-effect! - *NEW!* Work the never-ending night shift with the new Infinite Overtime mode! Jobs: - Gourmet Chef: Learn what it was like when cooking was a human task! - Office Worker: Spend a day in the shoes of an office cubicle worker! - Convenience Store Clerk: Manage customers as a convenience store clerk! - Automotive Mechanic: Fix cars as an Automotive mechanic!

Step in the midst of a zombie apocalypse as if you were really there, freely move around and explore a post-apocalyptic world, and handle motion-controlled weapons with real-life movements - putting the undead back to rest is more thrilling and satisfying than ever before.

You’ve been pulled into an evil witch’s sweet candy world where nothing is as it seems. You have to climb against friends and strangers through giant candy courses in a race for your survival. Conquer your fear of heights and climb the fastest to have your chance on the winner’s podiums. And the quicker you are to mastering leaps from huge cupcakes, massive lollipops, and gooey candybars, the better rank you’ll be on the global scoreboards. And every time you win a race, you get to control the fate of your opponents. Push the party button and everyone celebrates the chance to race again, or push the death button and watch them fall into the hot cauldron of boiling candy. The choice is yours in this twisted sweet land of candy.

Take a bow and kill hordes of orcs in the epic town defense game. You can play alone to conquer the leaderboards or unite with other assassins in online co-op mode. Be careful to avoid massive axes thrown at you by orc warriors. 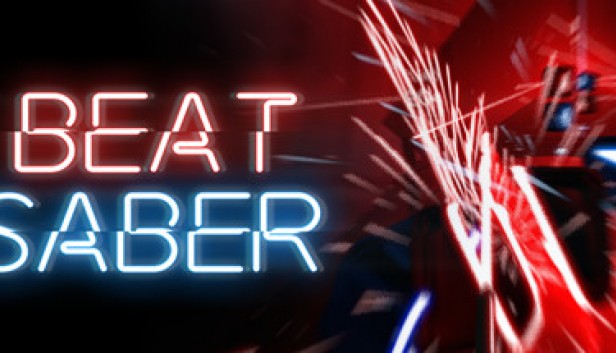 Beat Saber is a VR rhythm game where you use glowing sabers to slash adrenaline-pumping music beats. 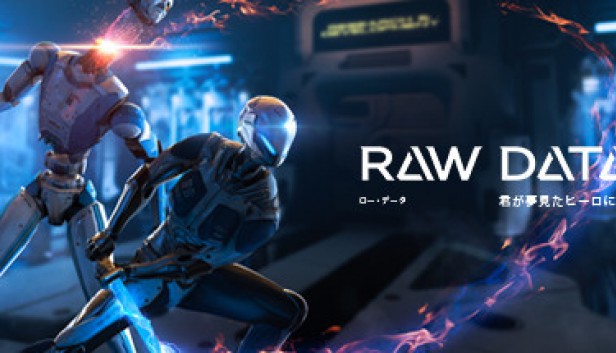 Built from the ground up for VR, Raw Data’s action combat gameplay, intuitive controls, challenging enemies, and sci-fi atmosphere will completely immerse you within the surreal environments of Eden Corp. Go solo—or team up with a friend—and become the adrenaline-charged heroes of your own futuristic technothriller.

OhShape is a rhythm VR game where players have to move their full body to go through, punch or dodge walls following the beat of the music. It's an immersive game for all type of players inspired by the Japanese TV show Hole in the Wall... OhShape's gameplay will get you moving from the easy levels and, with enough practice, you’ll be able to beat even the most challenging difficulties. OhShape trains your physical and mental agility as well as your reflexes. Rhythm plays a fundamental role in the fun as each level is a choreography designed by professional dancers to make you feel like the Master of the stage. And if you want new challenges, compete for the throne on the World's leaderboards or enjoy the new content created by the community with our powerful level editor (coming soon). Key Features *Great immersion feeling: You will feel like you are in the TV show 'Hole in the Wall', but dancing. *Move your body: You play with your arms, head and legs. Get in Shape with this complete rhythm fitness workout! *Fun for all types of players: No matter your skill, OhShape has a track for every player, from beginners to the Masters of Rhythm. *Updated Content: OhShape’s community will always have something new to talk about. *Handcrafted Levels: We work with a team of professional choreographers and together we design each level to make them more fun, organic and stylish. *Compete with Style: Climb to the top of the leaderboard in a party with friends or beat the highest scores from players around the world.

Check out how to set up your Tower Tag server here - https://youtu.be/ACyK9ndN8L4 About Tower Tag Tower Tag brings Laser Tag to VR and combines eSports with virtual reality. Through a special way of locomotion, we create incredible immersion in a small physical space and also prevent motion sickness. It is an LBE eSports game that was specially developed for virtual reality and is exciting for the audience and the players to the same extent. Tower Tag is challenging, Tower Tag is thrilling, Tower Tag is pure emotion. In order to make this as intuitive as possible, we have deliberately avoided functions and features that complicate the game such as active reloading and overwhelming weapon selection. The entire game is based on a single button, meaning that players spend less time learning and more time playing. The competitive nature of the game leads to customers wanting to play one match after the other.